I had a couple of Dino Riders toys back in the day, and I remember them fondly. I'll see if I can find them some day.
They were very similar to M.A.S.K., with that two inch figure size, and transformable vehicles. Except the vehicles were dinosaurs. Dinosaurs with lasers and rockets. Piloted by lizard- and insect men. How awesome is that?? I believe they were, like all 80-90s toys, accompanied by a cartoon, but I've never seen it.

Made by severely underrated toy company Tyco, the dinosaurs were so well made they ended up being repacked (without weapons and creepy insect warriors) and sold in various historical museums. The biggest dinosaurs had battery driven motorized motion.

Like I said, I'll dig up my old ones some day, if I can find them. But today, I'll simply share this delicious promo poster. 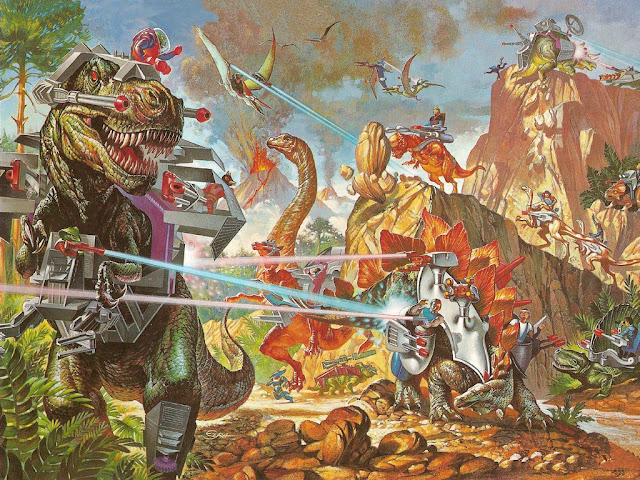 Enjoy your weekend!
Posted by Jon at 4:29 AM