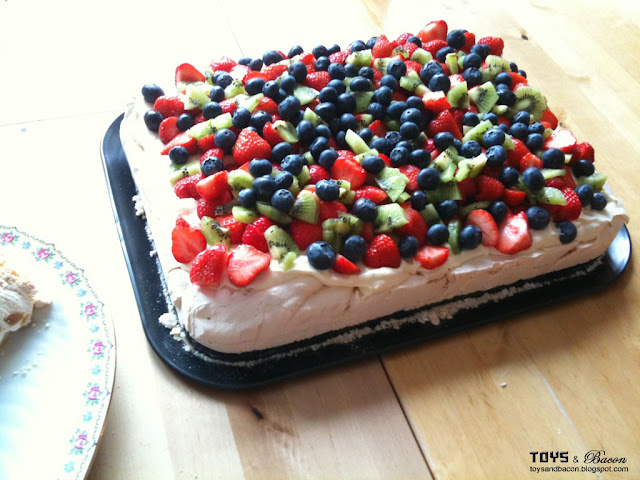 This is slightly similar to the one I showed from my own birthday. It's a dessert called "Pavlova", named after a Russian dancer, I was told. I like that. I like cakes - any dishes really - with a certain history attached to it. It's a conversation starter for sure. I know little about Anna Pavlova, nor do I know how to make the cake. But it looks simple enough, and I appreciate the original idea of the cake as well as the way it was presented to me today.
Crisp meringue bottom, whipped cream in the middle and fruit or berries on the top. This one had the vanilla custard added to the whipped cream too. Delicious.
Posted by Jon at 12:09 PM