Most of you know this, but it's 30 years since Raiders premiered. Some time early in the summer of 81, fans ran to the theaters. They were fans of the deliciously cheesy pulp adventures. They were fans of ridiculously inaccurate science and history. They were fans of hilarious and unapologetic action. Quite the handful was probably also fans of Harrison Ford, or even Steven Spielberg. They got to witness the birth of one of pop cultures most recognized heroes. 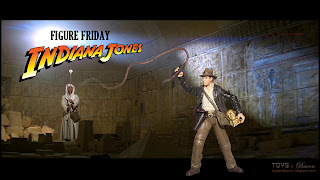 For such a monumental franchise, there hasn't really been toys to match. But read on for a few of them.

For obvious reasons, I never saw the movies in the cinema, but I have a close relation to the character Indiana Jones. I saw the movies on TV, I rented them over and over on the good old VCR, and I cheered the day I got the DVD box set. It's easily among my favorite movies. I've also dabbled with some archaeology myself, so there's that.
You'd expect me then to have entire closets filled with Indiana Jones toys, but that's not the fact. The reason could be that there was other toy lines that grabbed my attention. 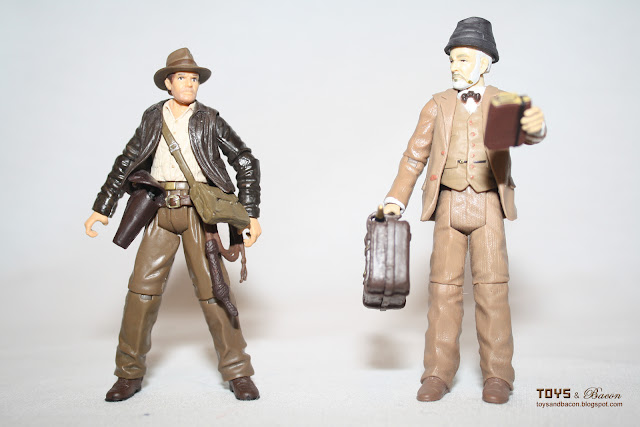 But like I mentioned in the introduction, there has never been that toy line for the Indy movies. Some toys were made back in the day, and ever since the early 80s, we've sporadically seen a very varied mix of Indy toys. Most of them are definitely forgettable. My friend, Aaron - a dedicated collector of all things Indiana Jones - will probably disagree with me.
edit: actually, he agrees with me, and mentions LJN's ill-fated Temple of Doom figures from the mid 80s and Disney's attempts in 2002 - toys I guessed would have to be from 1982 based on their articulation and details. 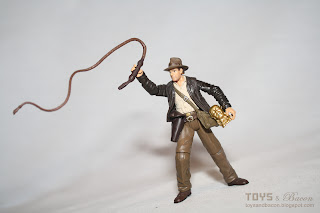 This is of course my personal opinion, but for a trilogy so magnificent as Indiana Jones, I can't really understand why there wasn't an equally magnificent toy line. Like we got with Star Wars. I guess the same could be said about Back To the Future, or Aliens, or the Terminator movies, or the Harry Potter franchise. I know all these movies have had toys, but none of them have had the quality, quantity and popularity of Star Wars or the ones that originated as toy lines, like G.I. Joe and Transformers.

It's obviously hard to get a toy line to succeed, even if the movies are popular.

In recent years, Hasbro has made a decent line of Indy figures. The line ended prematurely, but some of the toys are definitely worth getting if you're a fan. They certainly don't have the articulation of modern G.I. Joe figures, but they're still very detailed toys with many accessories. The fact that they're 4 inch scaled also gives us the opportunity to mix toy lines, which is always fun. 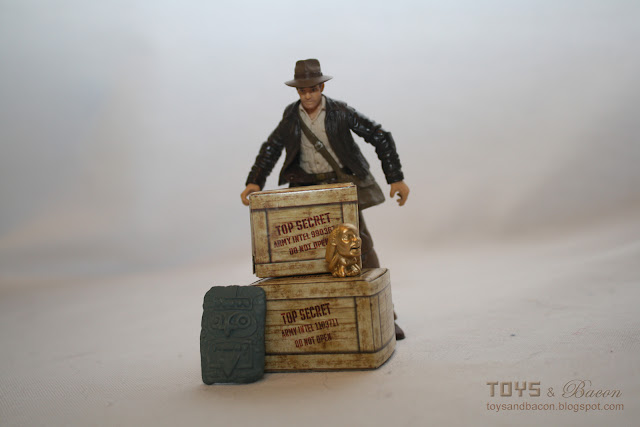 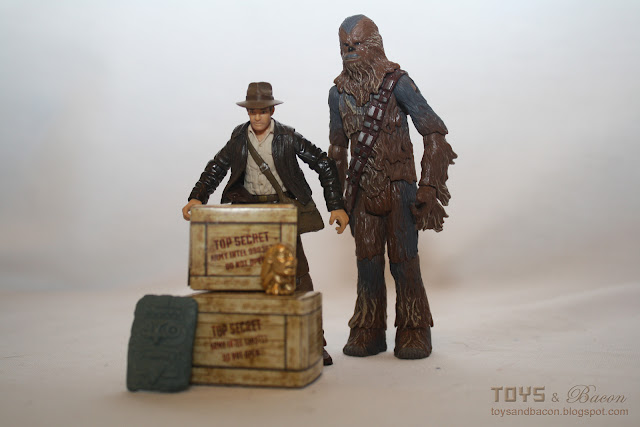 In addition, Lego had license to make sets based on the movies. We saw a few cool sets, but not nearly enough to satisfy fans. Sadly, the casual Lego buyer (read: kids) wasn't impressed as they had no connection to the old movies.
Below, you see the 7620, a small and cool set depicting one of the many chase scenes from Last Crusade. Ages 6-12? Does that include those that were 6 years when the movie came out?

Lego usually does a solid work with the movie licenses. A good example is the latest Pirates of the Caribbean movie. Fantastic Lego sets, kinda silly movie. Same with Prince of Persia. While not as bad as the numbers say, the Lego sets are amazing - the movie was not.
I'll go on record and say that I cannot wait to see what they do with their Marvel and DC license. 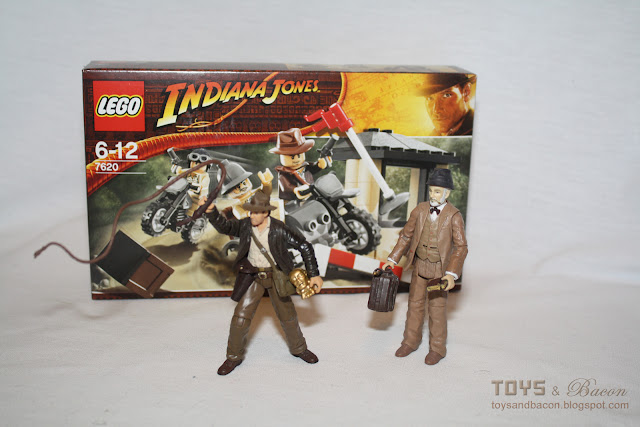 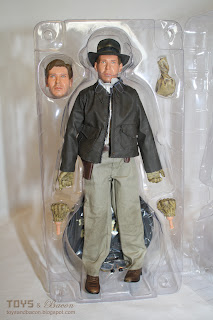 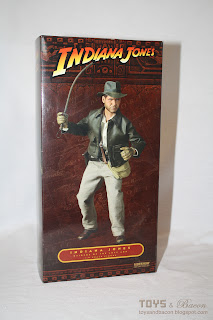 And finally, at least when it comes to my Indiana Jones toy collection, there's the stuff for the adult collectors, statues, copies of movie props, 1/6 scaled toys.

This Indiana Jones figure is from Sideshow Collectibles, one of the leading companies when it comes to 1/6 scale. It has some nice details, but as usual, they can't do the face right.
He almost looks a bit sad. Indy looks confused from time to time, angry, happy, goofy, scared. But never sad. The head sculpt is probably why I've never opened this toy properly. 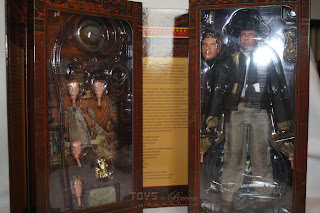 I have to mention the four sets of hands, two pairs with gloves and two without. It also has the idol, as well as the bag of sand, so I can re-create that famous opening scene from Raiders...
There's also some cool information inside the box, as well as the incredible art from the movie posters. 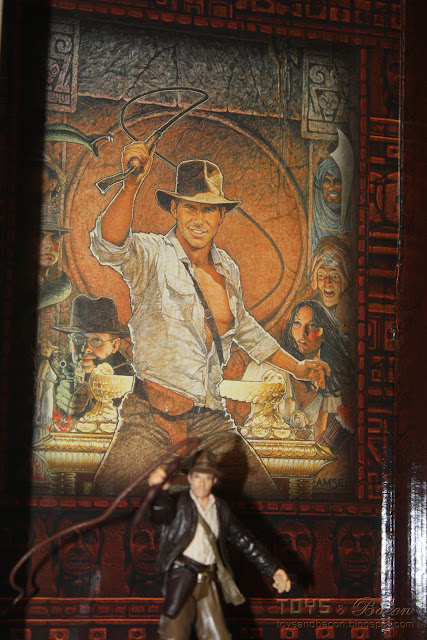 Happy 30th to Indiana Jones, and have a good weekend, people!
Posted by Jon at 12:23 PM