A short one today. An amazing change from a tiny, weak Autobot who got no respect into a mighty force who can take on any ocean traveling Decepticons. 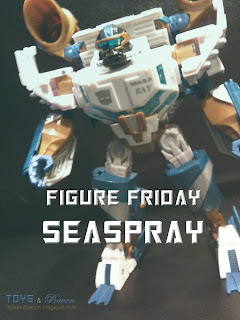 I'm a fan of Generation 1. That is the word we use for the first series of Transformers - the cartoon, comic and toy line that began in the early 80s and lasted for a decade. While not a purist (I do own a few of the newer robots), I greatly prefer the old toys - or rather more specifically, the old sculpts. You see, while they make new robots today like never before, many of the old toys have been reissued and released recently.  And just a few days ago, I saw that they will reissue the Blaster and Soundwave molds once again. Good news for us who like the cassette players.
The reason they still reissue the old sculpts - and the reason I prefer the old toys - is that they have a certain honesty. The transformation isn't far fetched, and it doesn't require an afternoon. They have a history, they resemble the ones from the media I saw and read. And believe me, at the time they were made, some of them were absolutely amazing toys.

But here's the deal with the old Transformers: By today's standards, even I have to admit most of them are actually really awful looking toys. At least in their robot form, they barely resemble a robot, and most of the time they have little or no articulation worth mentioning. 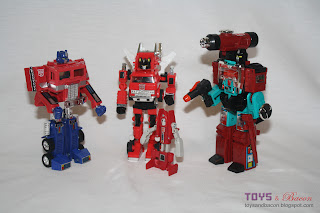 G1 Seaspray falls like a tiny pile of yellow plastic firmly into this category. He was released along with a handful of other, similarly sized Autobots - among them Warpath and Powerglide.

Powerglide is the weird looking guy who's a lot smaller than the others, in the picture to the left. All these are G1 Transformers (meaning of the old sculpts), all of the are reissued in the recent years. The robot towering him is Perceptor - who turns into a periscope. I never thought of this as weird. It's toys. 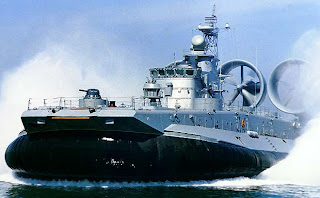 Seaspray is meant to be a hovercraft, and hovercrafts are usually big, able to carry many people, often vehicles.
I'm not sure if I have talked about the hovercraft in the G.I. Joe line, the Killer Whale. A grand ocean going vehicle. Able to hold a dozen Joes, able to fight off even the biggest Cobra boats. It very much resemble the military idea of a hovercraft.
I'll bring out my Killer Whale some day. Maybe for the return of the Ocean Week?


Unlike the Killer Whale - or any real hovercraft,  G1 Seaspray is able to do nothing. He closely resembles the hovercrafts kids would ride at summer camps by a small lake. 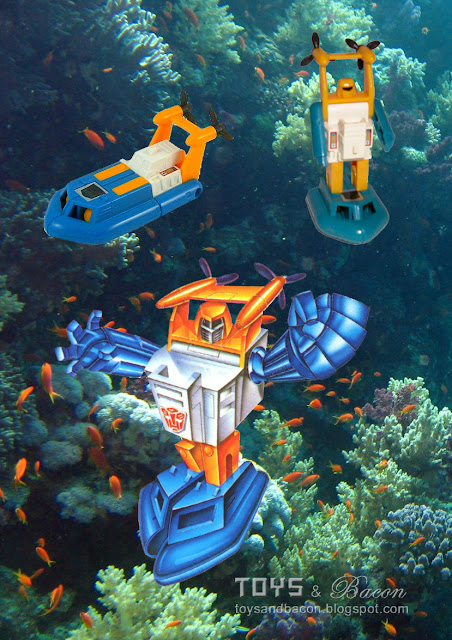 He's cute, I have to give him that. And in the old cartoon, he spoke with this funny, bubbly voice, like he was lying right in the surface.

I'll admit, I'm not really up to date with the new Transformers, and to be honest, I get kind of confused with all the new robots they make. There's the robots that belong in the movie universe - they all look like crap - literally crap. There's entirely new robots not in the movie universe. Then there's the updated designs of the vintage toys. I guess this new Seaspray falls in this category. He was obviously not in the movies, because he actually looks like something. He's a hovercraft, and he's a robot. But it doesn't really stop there. Let's take a look. 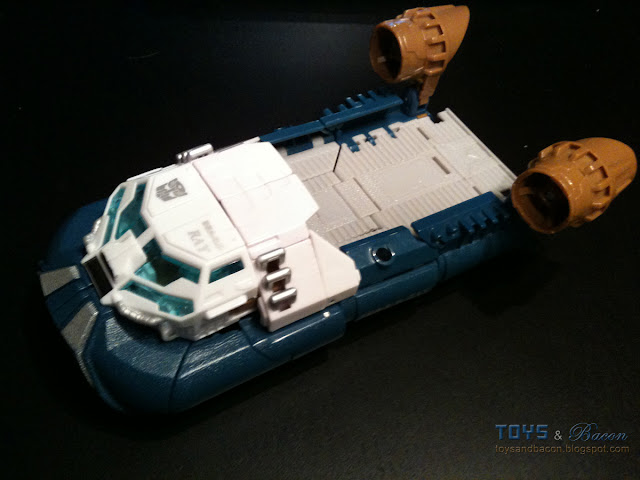 The hovercraft mode is kinda cool. He has huge fans, he has a loading area able to hold smaller Autobot vehicles. Already here there's a massive update from the old toy. He has some decent details. He has his name on the roof, along with a subtle Autobot insignia. He's now named Sea S.P. Ray. Nifty.
I do not actually own this toy, I borrowed it from my nephew. He got it on my recommendation some time last year, but I still suspect I like this toy better than he does. Mainly because I know how crappy the old version was, and I see this the massive update it is. And we haven't even gotten to the robot mode yet. 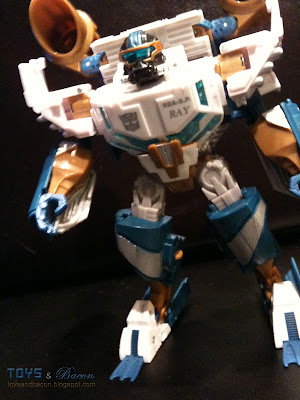 His robot mode is where it really happens. The first thing I notice is that they toned down the colors, and went for gold instead of yellow. He's more white than blue and yellow, but it looks good.
Then there's the articulation is. He can turn his head, he can look up and around. He has three joints in his arms. Full hip movement, knees that both bend and swivel and good movement in his ankles. All this makes him easy to place in cool poses.
An important feature of his robot mode is that it is proportionate, slightly top heavy, but not at all unstable. He stands perfectly well thanks to his rather big heel pads. Also notice the tiny flippers. The long feet make him one of the most stable standing Transformers I've encountered.
All those cool details, like the fans in the exact same place as with the old toys. He looks like he has scuba tanks on his back. That along with flippers and what looks to be a breathing apparatus and diver mask, he's ready to go dive. It's just a fantastic toy, something I honestly didn't expect from a new Transformer. 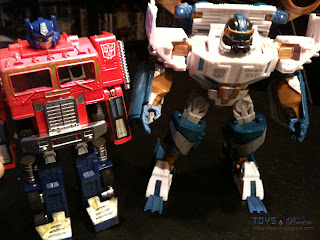 Personally, I'm still not entirely sold on the new Transformers, but it's good to see Hasbro still being able to make good transforming robots. The new Seaspray is one of the best toys made in the recent years.

Enjoy your weekend, people!
Posted by Jon at 2:20 PM