What is the Evil Lord of Destruction up to? Can we trust him to make decent cookies, or will he try to steal the Power of Grayskull like always? 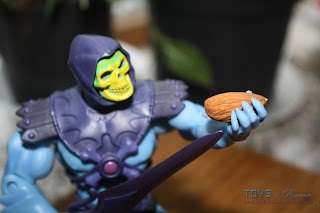 Really, no recipes to be found here, just an evil plot against He-Man and the other Masters of the Universe.


In 2008, toy maker Mattel started a remake of their old Masters of the Universe toy line. They added "Classics" to the line's name - and we abbreviate it to MOTUC of course.
The toy line is still going, Mattel releases an updated version of old characters every month, and fans are generally impressed by these toys. They are a bit more expensive than they should be, but they look incredible on a shelf or in a cabinet. 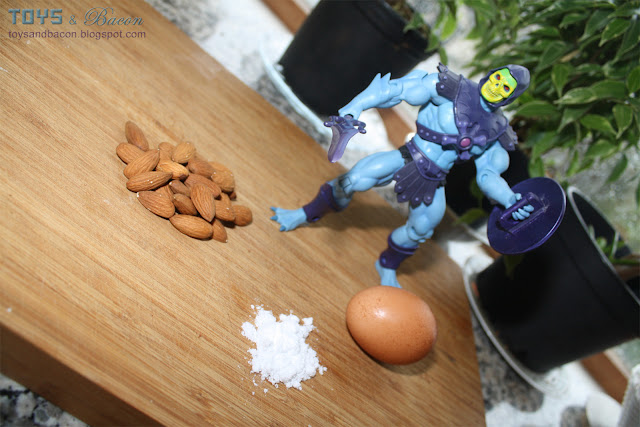 Wait, what.. is this Figure Friday? No it's not.

I tried to make cookies the other day. I usually make decent cookies, but this time I was experimenting.  Skeletor  was experimenting in the old MOTU cartoon. Every episode he would have a new method, a new beast, new technology that would destroy He-Man and his friends, take control over the planet Eternia, capture the Power of Grayskull - or preferably all of these. 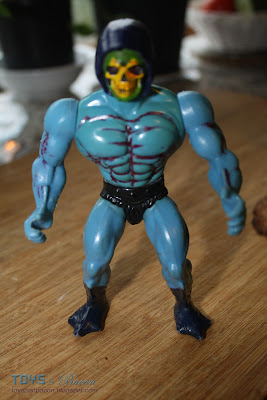 In fact, he's so persistent that he's my single, remaining Masters of the Universe figure from back in the day.

I have mentioned this before, how I regret deeply the day I decided to sell off my MOTUs. I had somewhere between 20-25 figures, all in decent condition with most of their accessories. I really loved the toys when I Was a kid, but as a teenager - you're too cool for toys.

I sold them for close to nothing, and pretty much regretted it instantly. People: Do not sell your toys, unless you actually have to!

Save them for your children or close relatives, save them as a reminder of your own childhood, save them because you like toys. But don't sell them off to a random person for literally nothing just because you happened to not like toys at that moment in your life.

Anyway.. I tried to make cookies using a very experimental recipe, just winging it. Sometimes it works, this time it didn't. I'll not even bother to show pictures of the process, and I'll certainly not share the recipe. The cookies weren't bad by any means, but they were a complete and total failure. Just like Skeletor's countless attempts at seizing control over the Power of Grayskull. 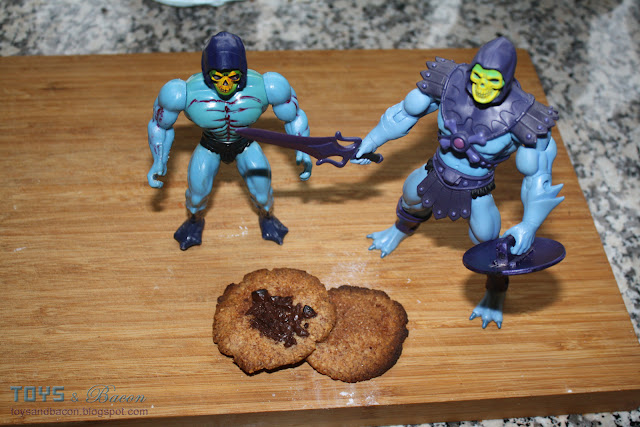 The new, updated MOTUC Skeletor is a fantastic figure. His face has some incredible details. His nasty, yellow skull is very prominent. A great, muscular sculpt, with good articulations. His body has a certain wash to it, which makes the sculpt even more noticeable. He comes with his purple, evil power sword, his "Havoc Staff", and I've given him a shield from the talented guys over at Spy Monkey Creations. 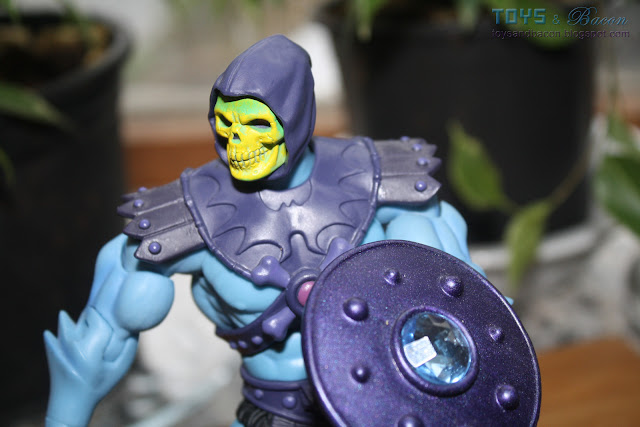 He may know nothing about cookies, but Masters of the Universe Classics Skeletor is in a very special club: New toys that impress me.

Fantastic as he may be, in a way he is also a painful reminder of a big mistake of mine. Not the cookies, but how a stupid teenager managed to sell off his childhood toys.
Posted by Jon at 10:54 AM