How to make sauce

The key to a good sauce is to put good things in it, and all the stuff I use in this recipe can easily be switched out with other ingredients, for different tastes. I'll make notes along the way, and I'll let you in on a few not-that-secret secrets when it comes to sauce and gravy, so just step on in for pictures and recipe of a sauce that goes great along with most meat and fish! 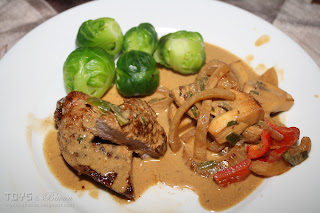 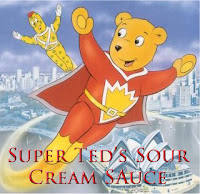 Name the sauce, win a prize
Ozzy named this sauce Super-Ted's Sour Cream Sauce. I like it. I'm not entirely sure what Super-Ted has to do with the meal, or more specifically, the sauce - all though if I tried, I could probably find some weird connection - but it works. It has that alliteration going on, and who doesn't love Super-Ted?

Making a good sauce
The secret to a good sauce is to use what ever you can get that has good taste. Obviously, you shouldn't mix too many tastes. No, I'm talking about not letting good sauce-ingredients go to waste. It can be anything from leftovers to the water you boiled the carrots in. The pan you used to fry the meat has a lot of good taste. Things like cheese, yogurt, cream, milk, wine can raise the sauce to another class.
The ingredients of this specific sauce were: Onion, mushroom, sweet pepper, spring onion, sour cream, juices from steak, pepper, salt.
How to make below...

Part 1: Base
With this sauce, I started with onion and a good portion of margarine. The onion both gives fluid and substance to the sauce, as well as a sweet taste.
Then, I added mushrooms. These mushrooms are of the tame kind and doesn't really taste a lot, wild ones will give a very different taste. I also add a generous amount of pepper, as I want a certain punch to the sauce. 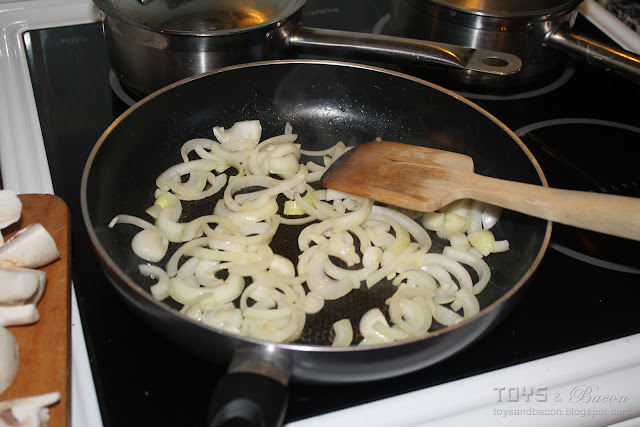 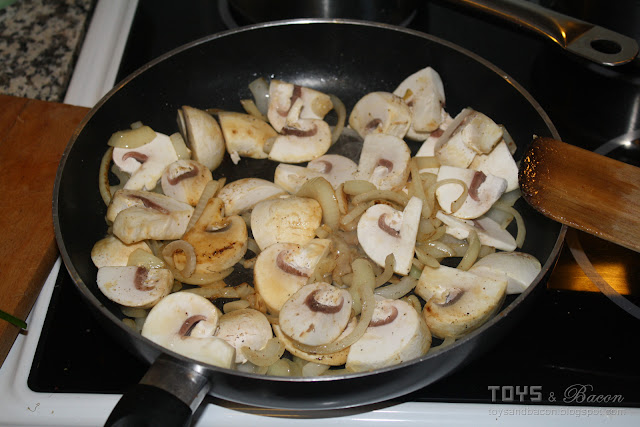 Next up is a manly amount of sour cream - an ingredient that just works in sauces. I'm not going to lie, the sour cream is what makes this very specific sauce. 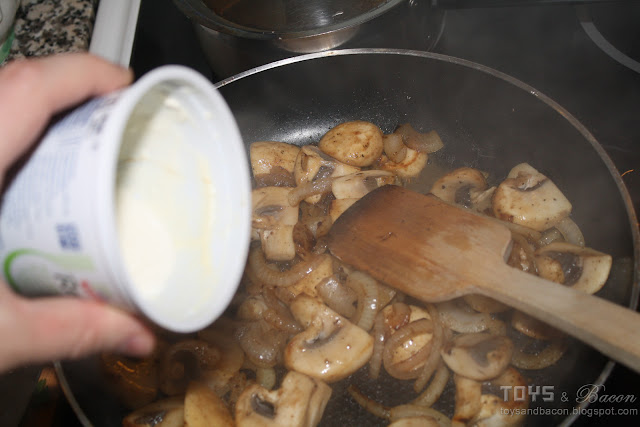 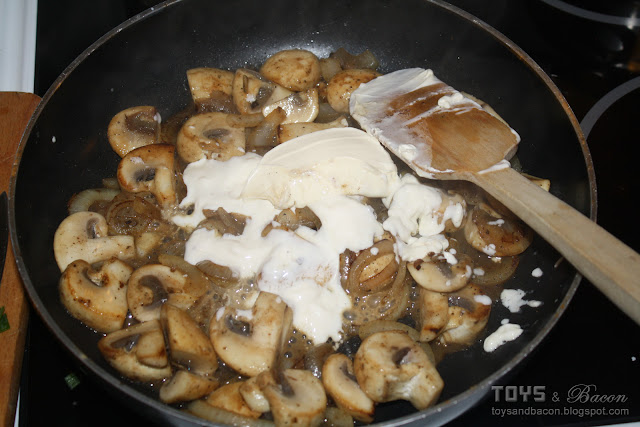 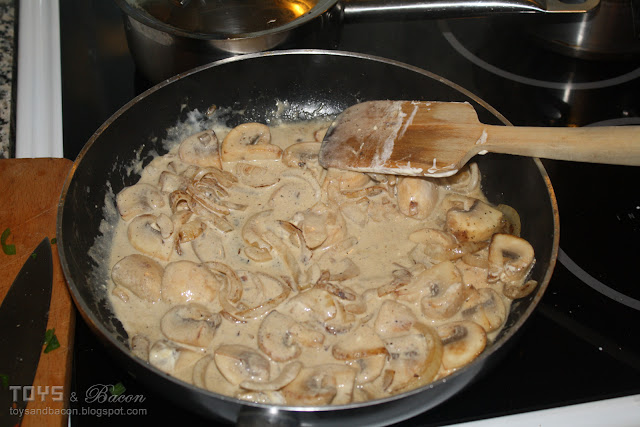 At this point you can add anything you want. I gave the sauce sweet pepper and leek/spring onion. These doesn't really serve any great purpose, but they add some nice color. 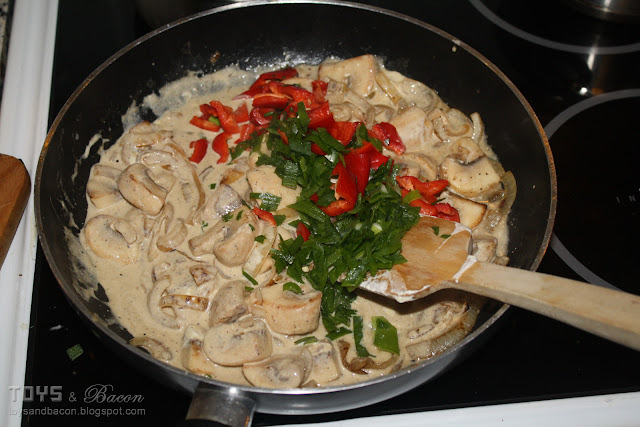 Ok, you're done with the first part. Put the entire thing in a bowl or something. If you want, you can add some water, let it boil a bit, just to gather up all the stuff from the sauce. You don't want to loose a single bit of taste. 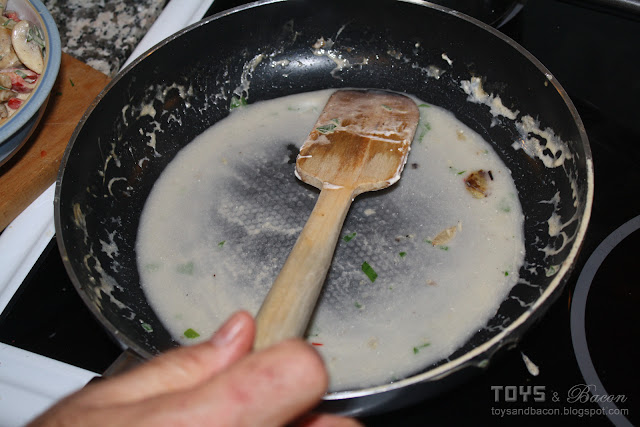 You now have a pan ready and cleared for the meat.

Part 2: Juicing it up
Frying a steak is extremely simple, but if you don't pay attention, you will overcook it. Many seem to forget that you're supposed to let the steak rest for a few minutes after you take it out of the pan. During this time, the steak will continue to cook.
It doesn't really have to be steak, it could very well be chicken, fish, meatballs. I don't want to emphasize too much on the meat today, but with a steak, you really want those meat juices. There's less of this in both poultry and fish.
Start with adding a lot of margarine or oil. Pan fry the meat. 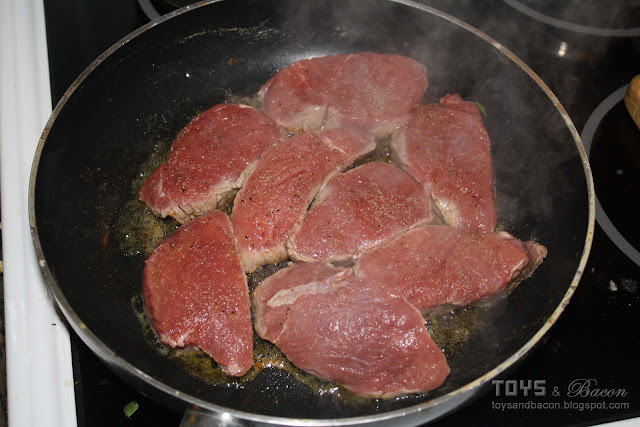 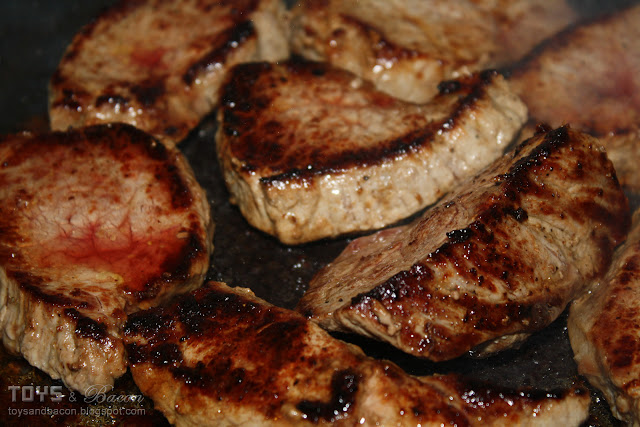 When the steaks are finished, place them gently on a plate, make sure you have control over the juices from the meat, as they are a main ingredient for your sauce. There should be a lot of good taste in the pan, but you also want those juices that will continue to seep from the steaks.
I'll admit I don't know the difference between sauce and gravy, but I suspect it may have something to do with these meat juices. Feel free to let me know...

Throw your sauce back into the pan.  Add additional fluids if you want. I mentioned water from the vegetables you just boiled. This is not a bad idea. Some wine could also work. Any juices that has escaped the resting steaks goes into the sauce too of course.
Admittedly, this sauce is dangerously close to what is used in a variant of Beef Stroganoff, but there is an obvious difference in the type of meat used - Stroganoff is sautéed stripes of lesser quality beef. You're also likely to use tomato juice and not stuff like sweet pepper and spring onion. Either way, this sauce is now named Super-Ted's Sour Cream Sauce, and will go just as well to fish and chicken as to steak. 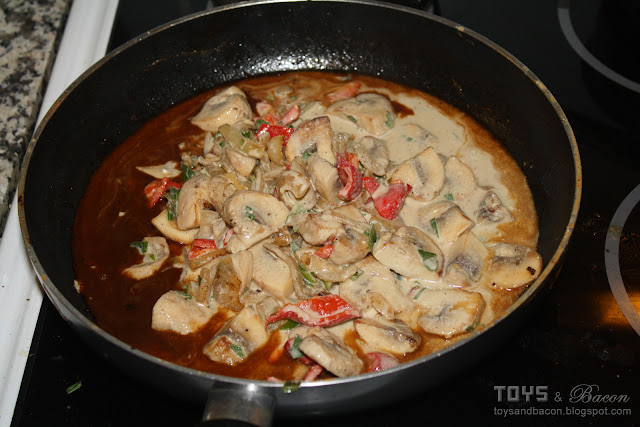 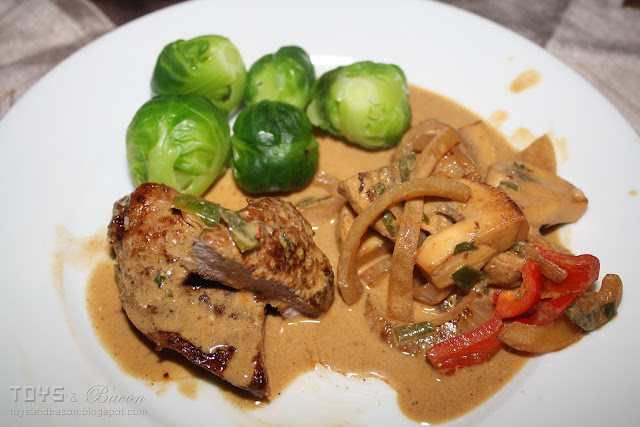 Enjoy people, and leave comments if you want!
Posted by Jon at 11:29 AM

Oh man I am so trying this recipe!

I was going to suggest sushi this weekend, but I think I'll go for this one... Nice, Jon!

Nice one, Jon. Seems like a decent meal...
About naming the sauce, what about;

That's a good one Ozzy. I'll add some chili's next time I make it, so it actually becomes HOT. Remind me about the prize.