So, guess this should really be meat-related since we're in the middle of the meat week, but I couldn't help it.
My good friend JP sent a massive packaged of toys, and it arrived today. 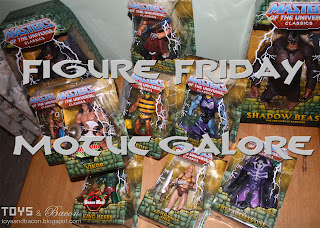 
I've talked about Masters of the Universe Classics a bit before. It's one of the very few contemporary toy lines I collect. Despite some flaws one shouldn't really expect from such expensive toys, I still find myself really liking these figures.
This is just a massive amount of awesome, and blog material for at least a few Fridays.
I'll not go into specifics, but this lot represents exactly what's great about MOTUC. You don't get the old characters in a new shape, but potentially any character related to the universe of.. Masters of the Universe.

There's the selection of actual old characters like King Hsss, Battle Armor Skeletor and Buzz-Off. You have a character from the She-Ra toy line in the heroic archer, Bow. That purple dude is the Faceless One from the 2002 cartoon, Battleground Teela is how the lead heroine was depicted in the minicomics that came with the old figures. Shadow Beast is a monster from the old cartoon and that He-Man in disguise in the middle is from a concept when the old line was canceled. Finally, Vikor is the earliest proposed draft of how He-Man would look like. Doesn't he look vaguely familiar?

I have no clue where to start. 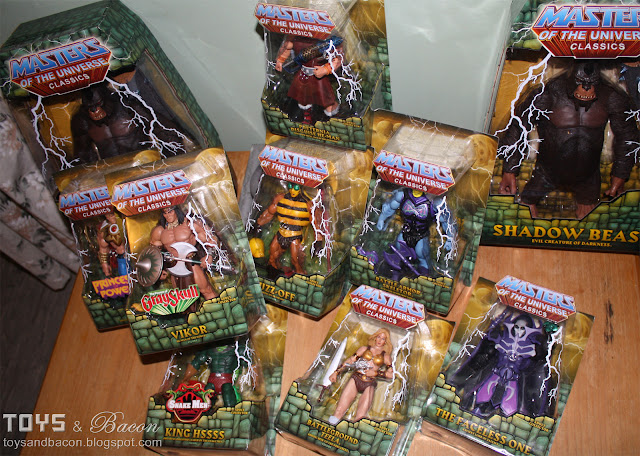 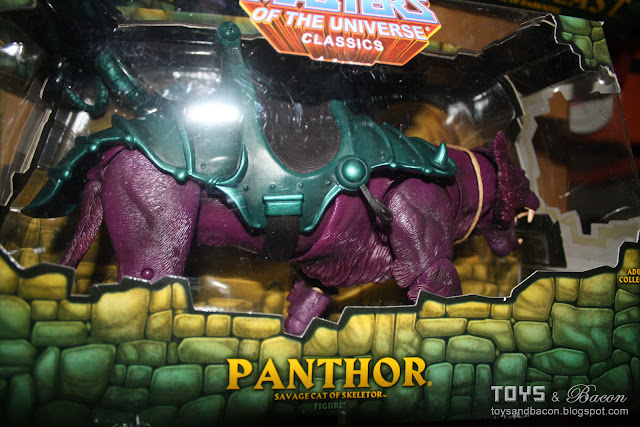