Nothing fancy today, just small, re-issued Transformers. Come on in for more! 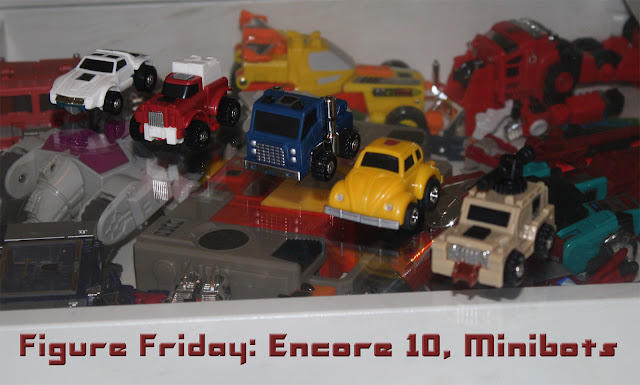 Takara is re-issuing the old robots. Not all at the time, in fact they take their sweet time doing the robots we loved. And I'm anxiously waiting for the Headmasters. So far, the Encore line has consisted of mostly the early Transformers, like Optimus Prime, Jazz, Starscream, Megatron. But we've also seen Devastator, Bruticus, Sky Lynx. Recently, we've received the word that the next Encore Reissue Transformers will be none other than Fortress Maximus. I'm excited, and let's hope he is the first of many Headmasters, and that the more affordable ones will follow. 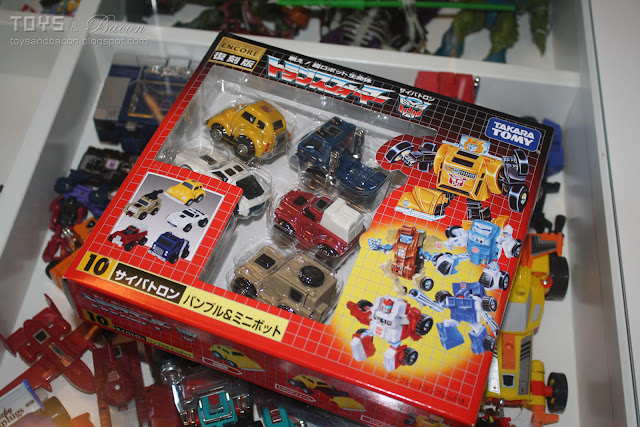 I was already familiar with Encore 10, which was a collection of five smaller robots. I had already given a set to my nephew, but now was the time to get one for myself as well. I already owned the Hasbro Reissues Minibots set, which is very different, so Encore 10 would not give me any duplicates, apart from a second Bumblebee. 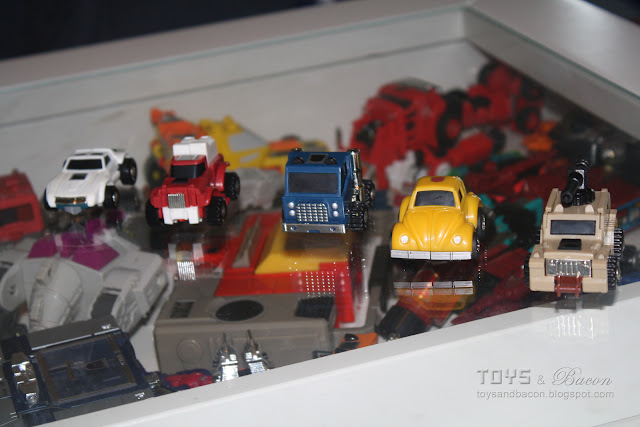 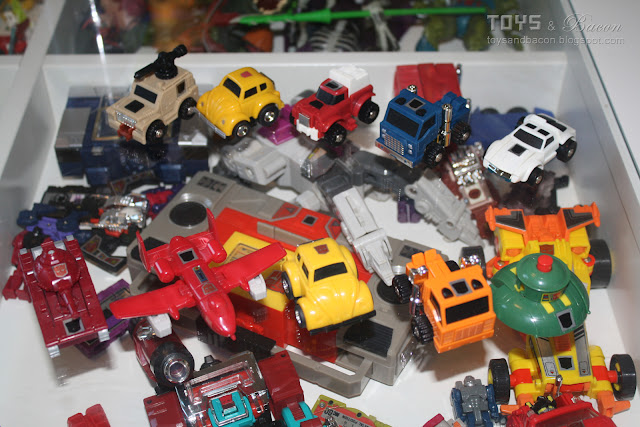 Ok, let's find a better background than all those robots... 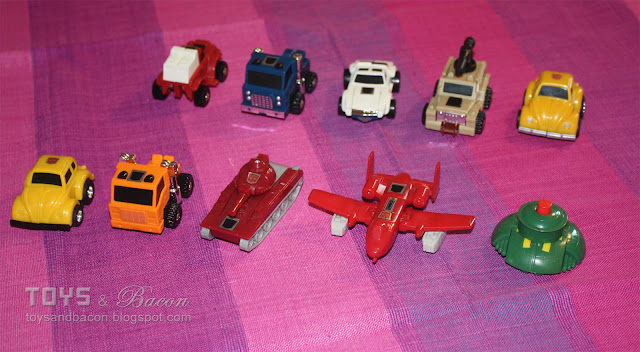 That's more like it. Encore 10 in the back. Hasbro Reissues in the front. Only Bumblebee and Huffer/Pipes are the same mold. But even those had differences. Outback (tan), Brawn (red) and Windcharger (white) are the other three. I think. Hasbro reissues are of course the buddies of Blaster: Cosmo, Powerglide and Warpath. 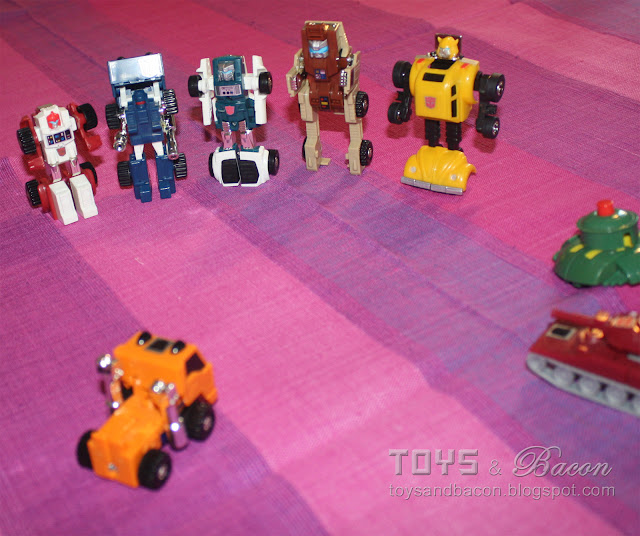 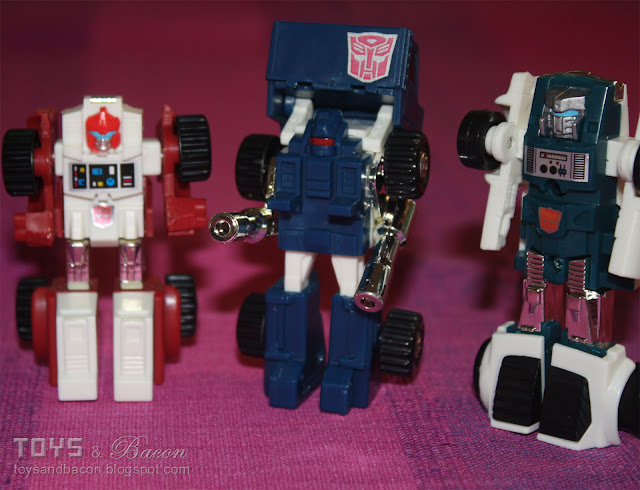 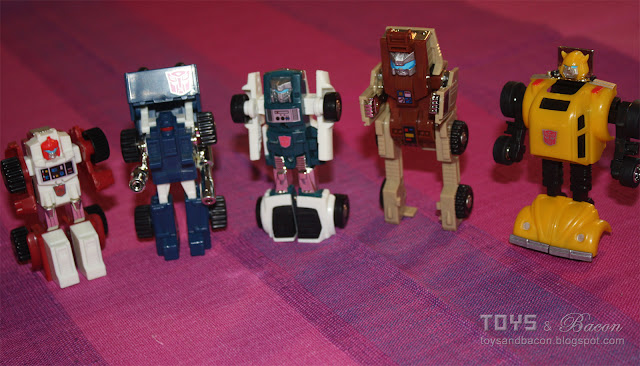 I really like these small robots. I mean, no one can deny the attraction of a three foot robot like Fortress Maximus. But for pure fun, play value, you have to go small.

Enjoy your weekend, people!
Posted by Jon at 8:19 AM