I had an opportunity to play a bit with my toys this weekend. Quite literally. Now, these days, I don't really play with my toys that much. The biggest reason is that I usually have either other, more important things to do, or that I simply have several other ways of recreation that for some reason takes precedence.

But let me make it absolutely clear: I collect toys, and toys are meant to be played with. I've talked about this a few times in the past - the definition of play. For some, it's creating scenarios, similar to how we played as kids. For some, it's simply holding the toys, looking at them, posing/transforming/building them. And then there are those that still haven't opened them, who simply take time to enjoy their MOC/MISB/unassembled toys. I guess you can throw in those that have a hobby of opening toys here.

And yes, in a way or another, I fit in all these categories. Playing with toys is a lot more than just clashing them together while making explosion sounds.

So when I had the in-laws over this weekend - kids, dogs and everything - we didn't let the opportunity slip away. We broke out lots of different toys and played with them. We're talking Transformers, Masters of the Universe, Macross, Lego. Toys were transformers, built, posed, opened, traded, given away. Stories were shared, and I believe everyone found a toy they preferred. 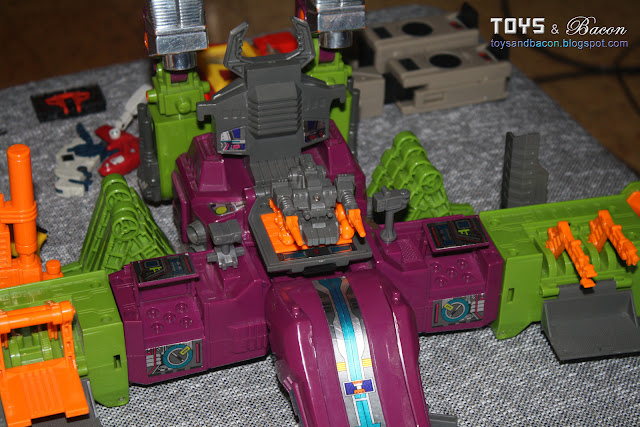 Little brother of my girlfriend took it upon himself to transform Scorponok into base mode. I knew about the base mode, but I never gave it a second thought. He's such an amazing toy in his other two modes, so I never saw the reason to make him into a base. Surely he couldn't rival Metroplex/Metrotitan?
Well, he's pretty damn cool as a base. Very similar to Powermaster Optimus Prime, but a lot cooler. 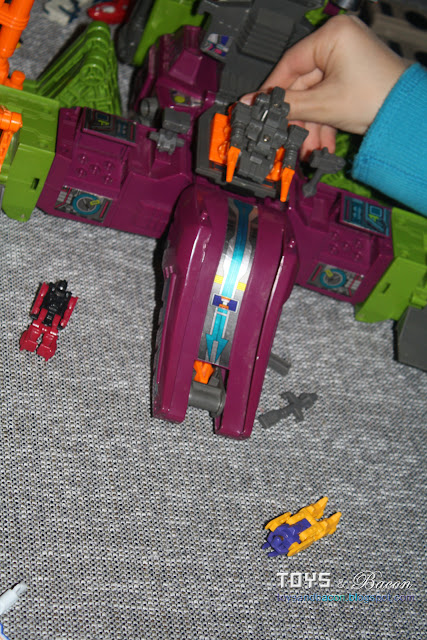 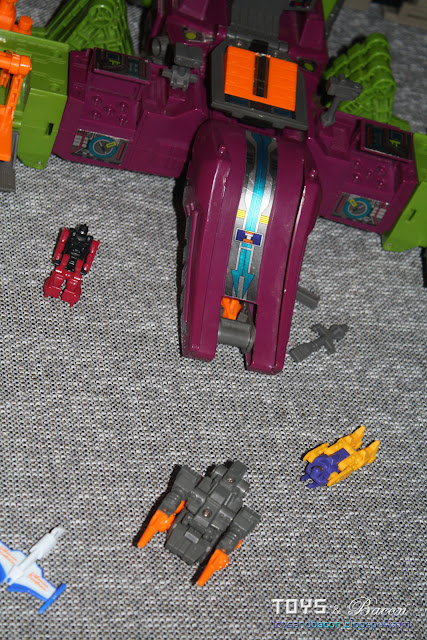 Like with so many other Transformers leader toys/bases, there's a flip-switch that will send a small car down a ramp. There are ramps on the sides, and hatches for repairing damaged Decepticons. The two vac-metal side panels work as towers and the gun splits into two pieces - one as exhaust pipe on the left side and the other as a radio transmitter on the right side. I'm just guessing here, but it's my toy, right? 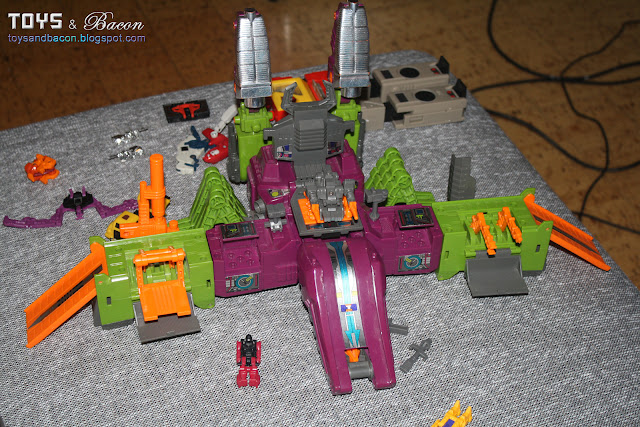