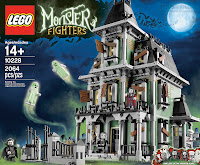 After mentioning it for several weeks in various articles after it was announced - and talking about it in my daily life at every possible opportunity, some people were wondering why I still had not picked up the Lego 10228, Monster Fighters Haunted Mansion. For several reasons, I should have.

First and foremost because it's a game-changing set. Sure enough, it's not common in retail, apart from a selected few Lego stores. But it's readily available on Lego.com. The reason it's game changing is because it's a modular building in a sub line. It's a massive set that appeals to the adult collector within a sub line that mostly catered to the younger fans. I love the modular buildings, and this set fits right in.

Another reason why I should have picked it up by now is that Halloween came and went, without me really celebrating it here in the blog. Like I did last year. I apologize for that. But while it annoys me a bit that I didn't make a Halloween-themed article, it annoys me more that I didn't have the 10228 in time for the holiday.

And finally, just look at the set. Look at the glow-in-the-dark ghosts, the boarded windows, the radically sloped bricks in the roof, the pillars, the colors,, the cobweb in the cellar, the box art.
It's a stunning set. And I want it.

So why isn't there already a lenghty Figure Friday on the Haunted Mansion? 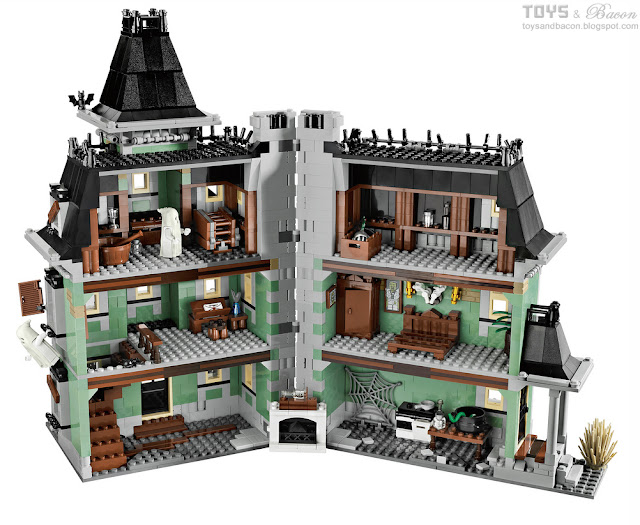 Ask my girlfriend, who, for some reason, won't allow me to buy it...