Kids today have it easy, but at the same time I feel sorry for them. Part of what was fun about Lego was that you could build anything you wanted, and since we never got the movie specific sets, we had to use our imagination - and any bricks we had access to. Sure, the specific sets, like the $3000, 5000 pieces Millennium Falcon set Lego released three years ago is a cool one, but I can imagine it felt just as good to build our own, as it is to get a ready made set. I built Star Wars Lego as a kid, I built the Landspeeder, the Speederbikes, I made Tie Fighters, X-Wing fighters. I made Luke, Darth Vader. I tried my skills on a Star Destroyer. And of course the Millennium Falcon.

A fellow Redditor who calls himself xerxes_fifield stumbled upon a creation from his childhood, and shared with the rest of us, over at http://www.reddit.com/r/lego/ . A magnificent recreation of the Falcon. Far more impressive than the sets we're treated to these days, simply because this was made by a kid, using what ever bricks the kid had access to. Here's several more images of the creation, along with some comments. It's really worth checking out. 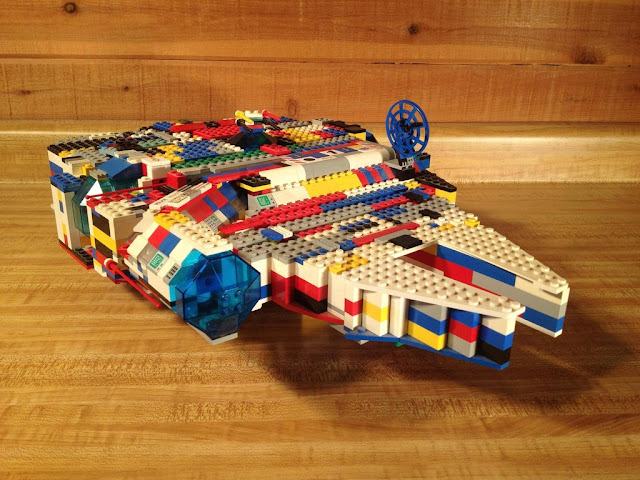 It left me wondering if kids these days actually use Lego the way we used to? We built what ever we could imagine. I suspect kids these days - because the insane amount of cool sets available - simply have it too easy, and forgets that you can actually build anything in Lego. I wish I could find my proudest creation from my childhood, but there are two good reasons why that won't happen. The first being that all my Lego is right now safely accounted for in my closet. The second reason is that my proudest creation was destroyed by a kid my sister was watching.
I had built the mighty Predaking in Lego. It was a perfect recreation, it was huge, with wings, and it was totally bad ass.

Not toy bad ass... it was comic version bad ass. 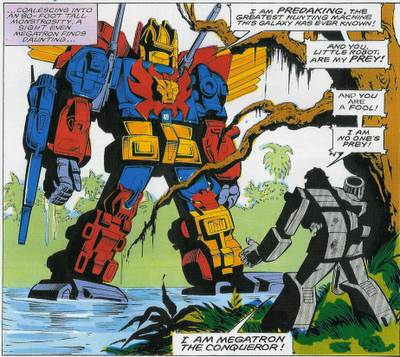 And this kid, he could have been around 6, at least a few years younger than me. He found my model, and destroyed it. Admittedly, he was slow... That's me being kind. He was the kind of kid that ended up eating sticks of glue, and painting his face with permanent markers. But still... that Predaking, it was the coolest Lego set ever made. They don't make Lego like that these days, and kids have a very different approach to Lego.

I found a Star Wars Lego set in my closet I had forgot I owned. In fact, just last weekend, I saw the set in the stores and thought for my self "hmm, I should buy that set before it runs out of production". Admittedly, I have quite a few unopened Lego sets, but not nearly enough that I should forget what I actually have. The weird thing is that I can't even remember buying it. 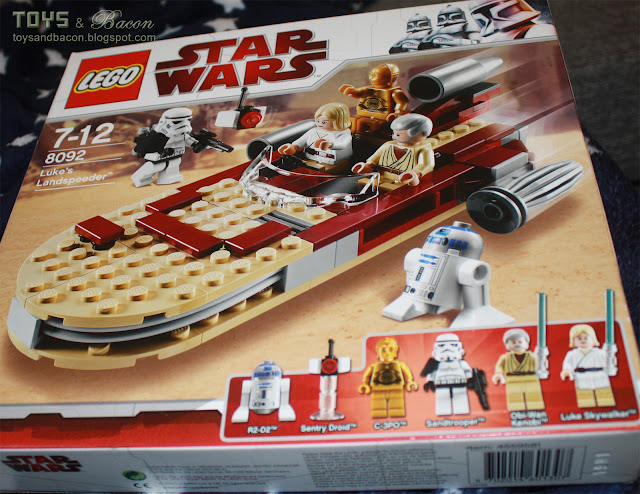 It's Luke's Landspeeder, and it really feels like this set has been available for years. It's been around for at least 5 years, and it's noticeable by the old, outdated hairpieces on Luke and Ben Kenobi. Still, I've always wanted this set, it represents memorable scenes from ANH, and like I said, I ended up building my own Landspeeder back when I was a kid. This one is almost just as cool.

Now, a friend of mine are these days getting his Indiana Jones costume ready for a convention over in England. It's amusing how nitpicky he is about the details, but according to him, his peers have a vicious attention to detail. That's fair. I'm excited to see how his costume turns out, and how expensive it will become. But I noticed something really amusing. Surely enough, this convention - your typical fanboy convention - had the usual amount of guests. There was some actors and actresses from obscure tv-shows, and your usual suspects of Star Wars actors that had minor roles. Harrison Ford doesn't show up these places, nor do they ever get Carrie Fisher. I suspect you could find your Billy Dee Williamses and Mark Hamillses (how Gollum was that?) at Comic Con. But this wasn't SDCC, this was England. Who do they get?
The guest of honor at this convention is the guy playing the Stormtrooper that repeats "These are not the droids we're looking for!".
Really.
Enjoy your weekend, people!
Posted by Jon at 6:42 AM