I know, I know. Very little toys lately in Toys & Bacon. I'll make it up big time, starting Friday. All next week will be about toys or at least have something toy related.
Now you may have read my Monday topic on the cheese omelet. I claimed that omelet was a great place to start experimenting for two reasons: Omelet is extremely simple to make, and the egg is versatile and can take on the role of both dinner and dessert.
I also gave some unusual suggestions, among them was making a chocolate omelet. While not extremely creative, it can be an alternative to some that want to do something slightly different. And for you low-carb nuts out there, this is a viable option for dessert. 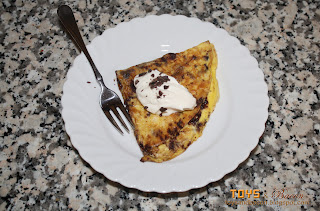 Read on for what is basically a pancake without flour!

I'm very much up to the task of trying out new stuff, and the chocolate omelet is by far the weirdest thing I've made. My onion milkshake may be up there. As could my almond-pizza. But at while it is extremely funny to experiment, after a few decades of eating various stuff, you kinda know what to expect when you mix ingredients together. You know that the onion will clash with the ice cream.
Even though I have never made chocolate omelet before, I know what to expect, I can imagine how it will taste. I know I'm not taking any risks. 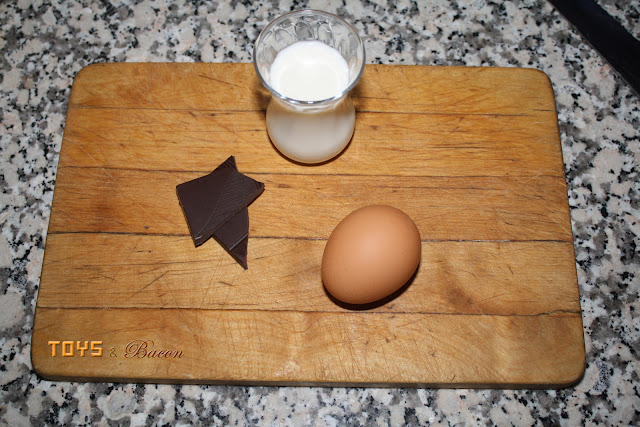 This recipe will leave you with a small dessert for two people. As you can see, the ingredients are extremely simple, almost to the point of minimalistic. It's an egg, some 70% chocolate and a tablespoon of milk. That's it. Obviously, you can add stuff like different chocolate, sugar, syrup, cinnamon, vanilla, dried fruit, nuts, anything you can think of. 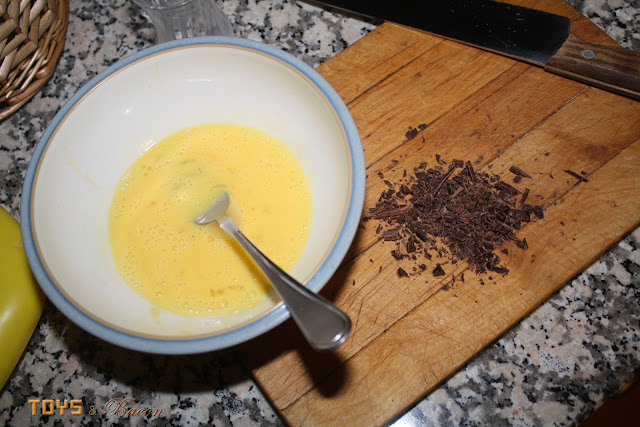 I chop up the choco, the smaller the bits, the easier it will melt. If you want chunks, leave a few bigger bits.
Mix the egg and spoon of milk, stir it properly. Add choco. 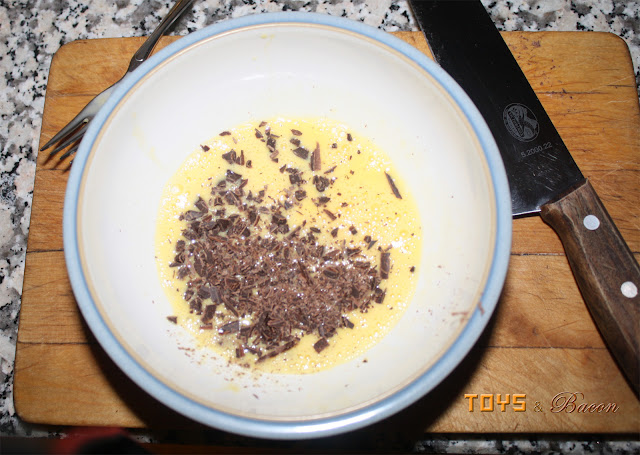 Pour into a hot pan, lower the temperature a bit. Let it sit for a minute or three. Now you can either turn the entire thing to the other side, or you can make the standard, semi-circular omelet. 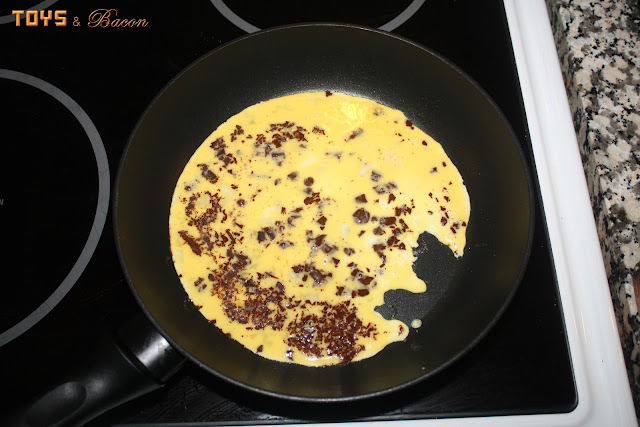 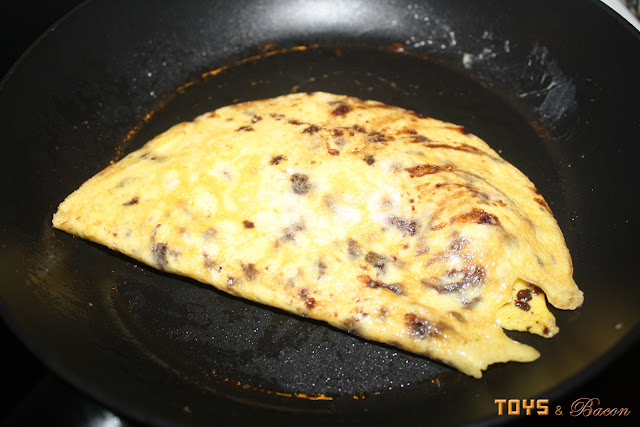 Cut in two, serve with Greek yogurt or fresh fruit. 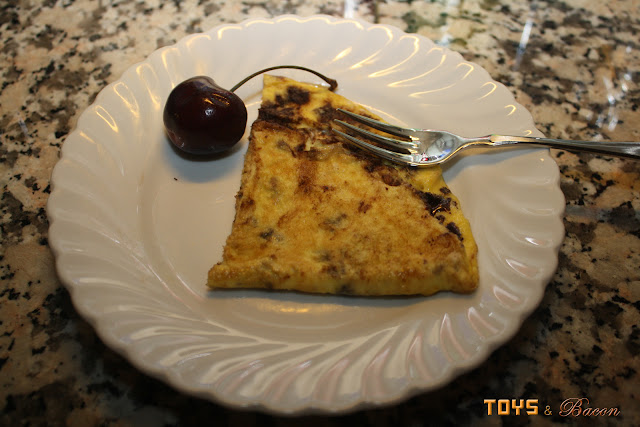 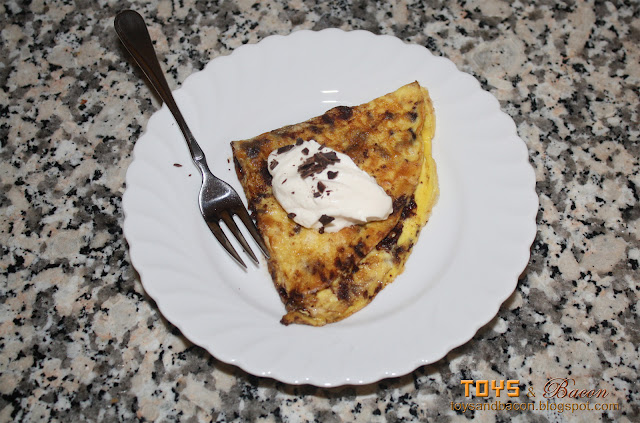 Like I said, this is actually just a pancake missing the flour. This fact also makes it on the low-carb end of the dessert scale. The portion with the yogurt contains something like 4 carbohydrates.
I assume adding syrup, sugar and jam will make it taste even better, but as it was, this was a surprisingly cute dessert. Extremely easy to make, and like all omelets it's easy to customize to your preferred taste.
Enjoy, people!
Posted by Jon at 9:26 AM