Weekends are fun. And here in Toys & Bacon, I'll start the weekend with a really wacky and fun action figure. In some ways it totally live up to the expectations, with a surprisingly suitable action feature. While at the same time being completely useless. 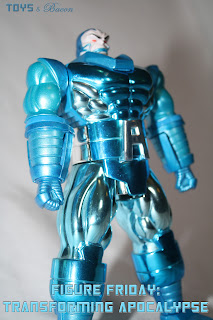 Read on for figure Friday on the Marvel universe shape shifting villain Apocalypse.

I've talked a bit about how the Marvel Legends action figures in some way were the figures that the superheroes deserved, while deriving just a bit too much from the "stactions" that were so popular in the mid 90s.
Marvel had a bunch of successful, and actually enjoyable cartoons in the early 90s, obviously alongside some very popular comic books, spearheaded by the extremely popular X-Men titles.
While Marvel did make some toys to accompany this success, there's no question about it. This was their weak point. And rightfully so, this was just right before Image comics and McFarlane toys started shelling out their toys intended for collectors. Toys were still at this point meant for kids, and as we've said before: kids doesn't care. 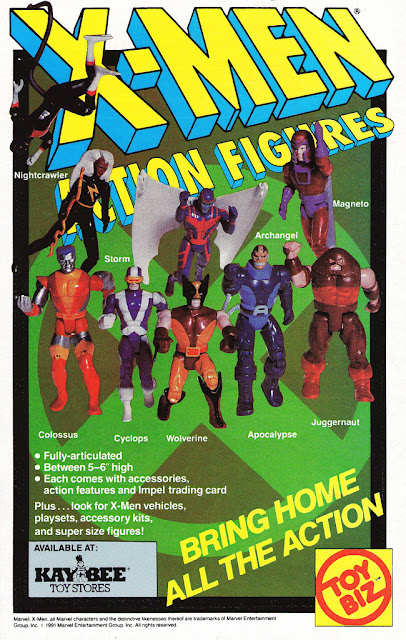 The Marvel action figures from the early 90s are small, generic, disproportionate simple toys. We know that it was possible to make great toys. Hasbro made their best G.I. Joe figures near the end of the line in 1994. Transformers Beast Wars - while ridiculous - had some amazing toys. But again: As long as kids were the main target for these toys, lesser toy makers than Hasbro saw no need to put the additional effort into making the toys properly.

Things are obviously very different today, where both kids and collectors are in the same target group, and they both expect toys of high creative and structural quality. In some way, for Marvel at least, it actually began a short while before Marvel Legends. Remember my Black Bolt? He's no where near ML quality, but he has actually decent articulation - full rotation in hips and shoulders, ankle joints, waist, etc. Not bad.

Around the same time, I picked up the Marvel Deluxe Shapeshifters Apocalypse. He's stamped 1999, and I know he was made by toy maker Toy Biz - the ones that eventually began making Marvel Legends in 2002.

Now let it just be clear about one thing. I love transforming toys. It's one of the absolute best things in life. I'm not kidding.
Cars, planes, guns, tanks, cassette players. They all make excellent robots! And there's a reason for that. I assume you can figure out why.
On the opposite end of my toy affection scale we find... Unnecessary transforming toys. I get it, a Darth Vader figure transforming into a Death Star or what ever, probably sells to the kids. But it's an abomination! A monstrosity. There's a Norwegian word that I'd like to use, but no one will understand it. Vederstyggelighet. It means something wrong and ugly, but on a biblical level. 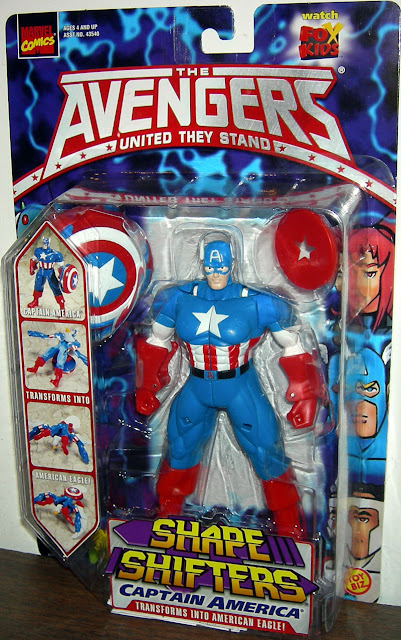 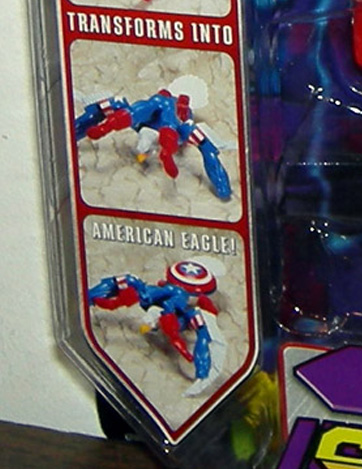 I just have to ask...What were they thinking?!

But then there's Apocalypse.
Apocalypse is a time traveling, and time-altering megalomaniac, and a constant threat to the X-Men. He starts out battling the original X-Factor team, and ends up fighting the entire mutant population of the Marvel universe.
But what's more interesting for us on the brink of the 35th weekend of 2011...

Apocalypse is actually a shape shifter. 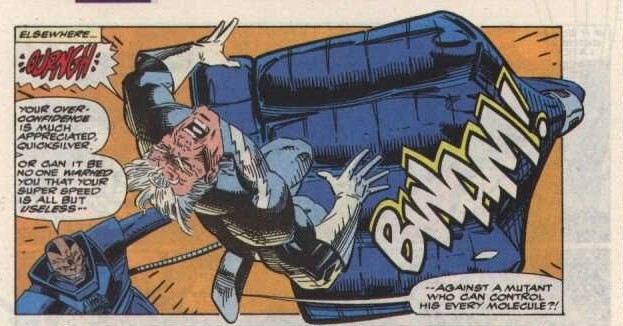 And he likes to take on more mechanical shapes. So we often saw him transforming into mechanical birds, extending his metal body, morphing his body parts in ways that reminds us of T-1000 from Terminator 2.
So a Marvel Shapeshifters action figure of Apocalypse actually makes sense.

I believe that's why I got him, or the fact that I was reading the X-Men comics religiously at that time. The battles between unfortunately named (actually, generally unfortunate) super hero Cable and his nemesis, Apocalypse was the absolute highlights.

On to the toy in question. The first thing you notice is the shiny paint. But the next thing, and more delightful point is that he's very similar to his comic appearance. In the comics he was bulky, big, metal armored. Look at this toy... 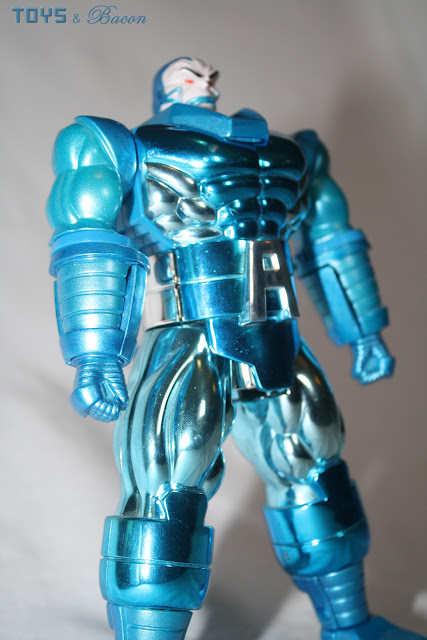 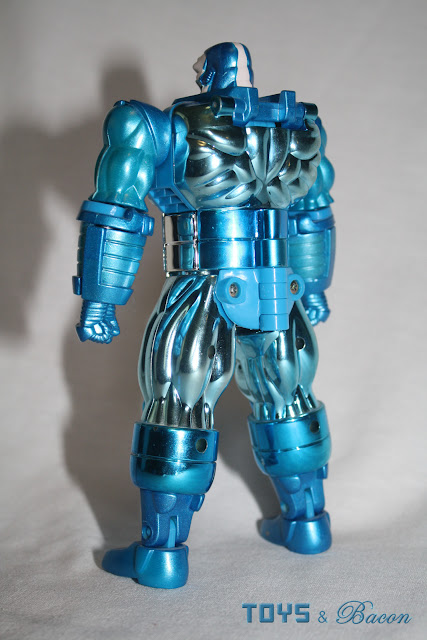 He has a mean grin on his face, he's so shiny, clearly metallic. He stands firmly in place, and he has his initials on his belt, like any proper villain should.   You know, even today, when we've seen a gigantic Marvel Legends version of Apocalypse, I think I prefer the static looks of the "Shape Shifters" one.

Obviously, the second you start playing with the ML one, you'll prefer it, since you actually can make it look like it's moving.
And that's where things start getting weird with the Shapeshifting Apocalypse. Sure you can make him dance, and do half splits. But that's about it. Yeah, you can also have him point his fist towards his pet/enemy Cable. 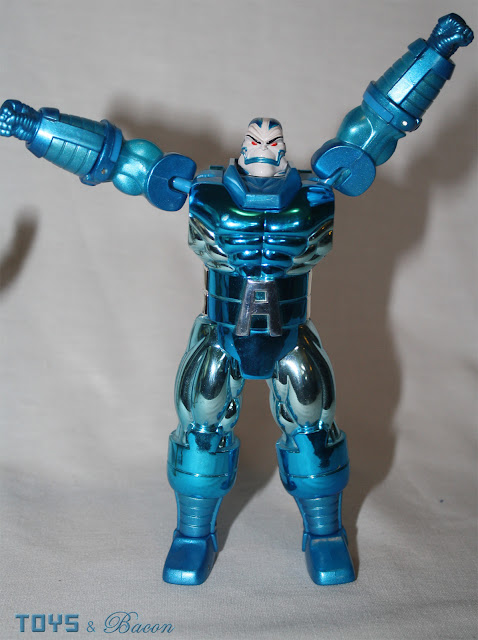 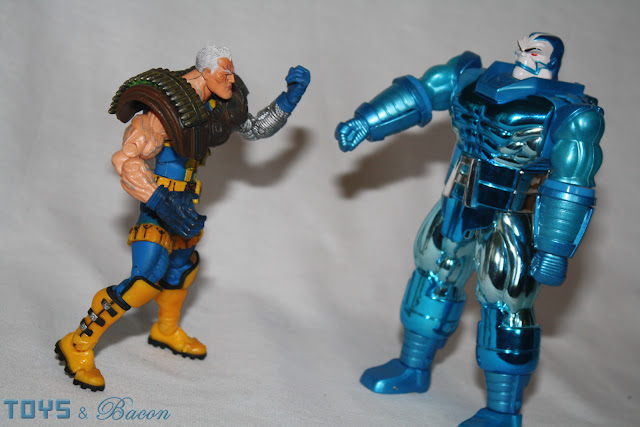 I wouldn't put my money on the first mutant this time...

And then there's the transforming function. Like I said, it actually makes sense, and this version of Apocalypse is about to blast the X-Men in his "gatling gun" mode.

I have transformed a small selection of robots. Except that by small, I actually mean hundreds of robots. Some of them very simple, only requiring the car to be turned on its tail end. Some extreme complex, requiring bright light, soft music and a fair amount of time. Some would say I'm an expert at transforming transforming robots. Yes, that's a correct sentence. Some would claim that I am an expert, and I'm humble enough to agree.

But that was up until I tried to transform shape shifting Apocalypse. It may be the fact that his gun mode isn't all that obvious, but it's worse than that. I cannot make him look like anything gun-looking at all! I see the thing that's supposed to be the barrels. But that's basically it. 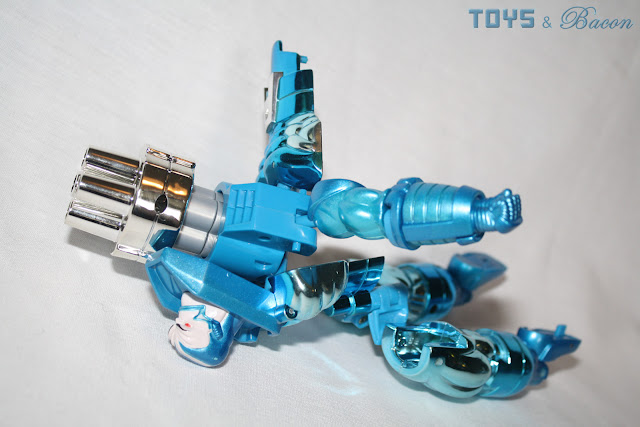 While the action feature of this toy makes a lot more sense than in the other figures in the line of Shape Shifters, it's clear that it fails on its own merit. The transformed Apocalypse, even if I managed to transform him correctly, would suck. Maybe this figure would have been better if it was even more static than it already is. Which would basically make him a staction. Ironic. 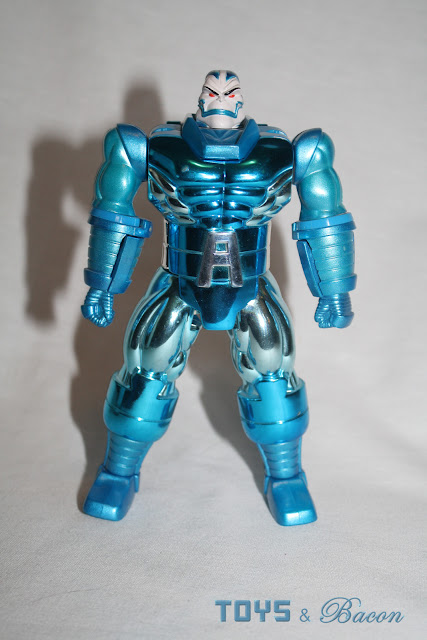 Leave the transforming function to the Transformers...
Have a good weekend, people!