Discoloration Part 1: The Rise of the Sun Gods

I can't really be mad at the sun. Mainly because I rarely get to see it. It's always clouded here and usually it's raining. So any sunlight is of course more than welcome. 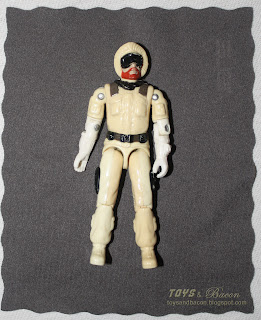 But it's destroying my toys, slowly but surely.
Not a long read today, but a very ambitious promise.

Sun damage, discoloration. I've mentioned it a few times before. The sun, more so than younger siblings, dogs and the vacuum, is the true enemy of toys.
Anyone who has ever owned a toy made out of plastic knows about this. Actually, anyone who has ever owned anything made out of plastic knows about this.
Here's Snow Job. He's from 1983, and all though he's not the most yellowed G.I. Joe I have seen, it's clear he's been out in the sun just a bit too long. 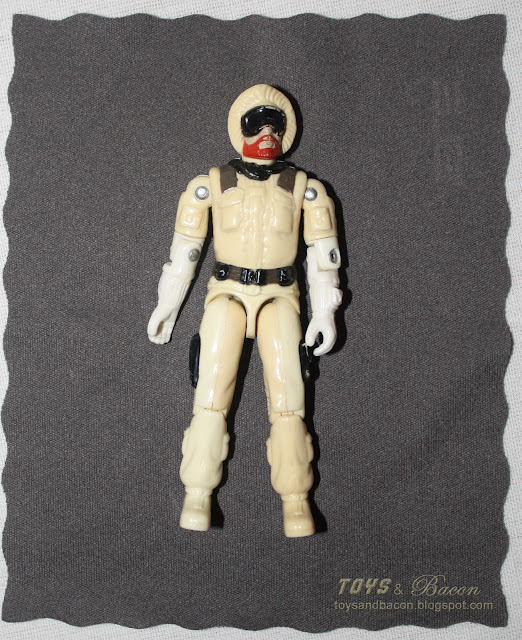 Why is this happening?
First of all, this seems to be a problem with the lighter colored plastics, white being by far the worst, but pink, light blue, gray plastics also get discolored.
The reason this is happening is a complicated chemical reaction between the plastic, the UV light from the sun and the oxygen in the air. We can call if photodegredation, photooxidation and thermal oxidation.
Simply said, as the sun rays hits the plastic, the UV lights react along with the oxygen in the air and starts deteriorating the plastic.
I assume that since the lighter colors reflect more light than the darker colors, they are more likely to react with the sun.
Now take a look again at Snow Job. As you can see, there are parts of his body that's less damaged than others. It's clear that plastic types also play a role. Some have claimed that flame retardant plastic is more susceptible to discoloration, and that heat also plays a factor. I don't know if this is correct or not, but I do know that toy companies like Hasbro used different strengths of plastic for the various body parts. 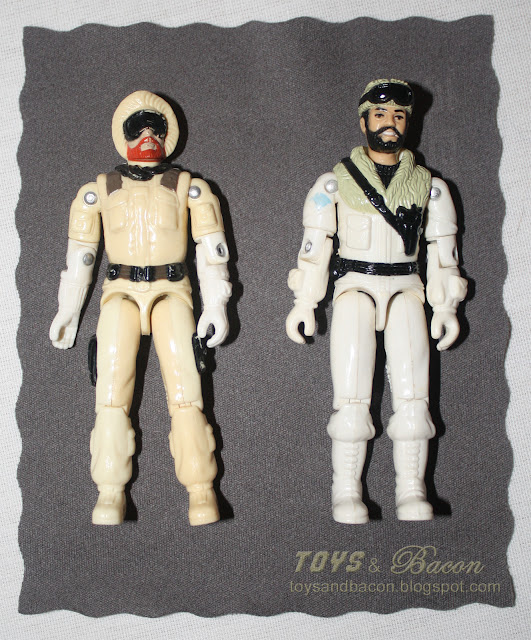 Here's Snow Job next to his buddy, Frostbite from 1985. Frostbite has been inside his Snow Cat since the mid 80s, and has not taken much damage. He has a slight hue to him, he's definitely not as white as the picture implies. But you can still see the extreme difference from him to poor ol' Snow Job.

Over the years, I have seen discoloration on almost all my toys, but very early on, I made the connection between the sunlight and the yellowing on toys. I put my Joes in a suitcase, my Lego in a bag under the bed. I tried my best, and honestly, my old toys are not as bad as they could have been.
Sadly, though, as is apparent, some of them still turned yellow. And there was nothing I could do about it.

Meet Hydrogen Peroxide, code named H2O2.
The lone hero who wandered unfazed across the desert. The galactic protector who faced the tyranny of the stars. The defiant warrior who - when the sun gods came to claim his buddies - simply mocked them, and their ridiculous methods.

Feel free to share your stories of your yellowed Storm Shadows. How your Barbie playsets became a victim to discoloration. How your Lego castle was ravaged by the sun.
You will be avenged (or.. your toys will)
And be sure, as the sun will rise - it will also fall. Fall to the might of chemistry! To be continued!
Posted by Jon at 11:42 AM